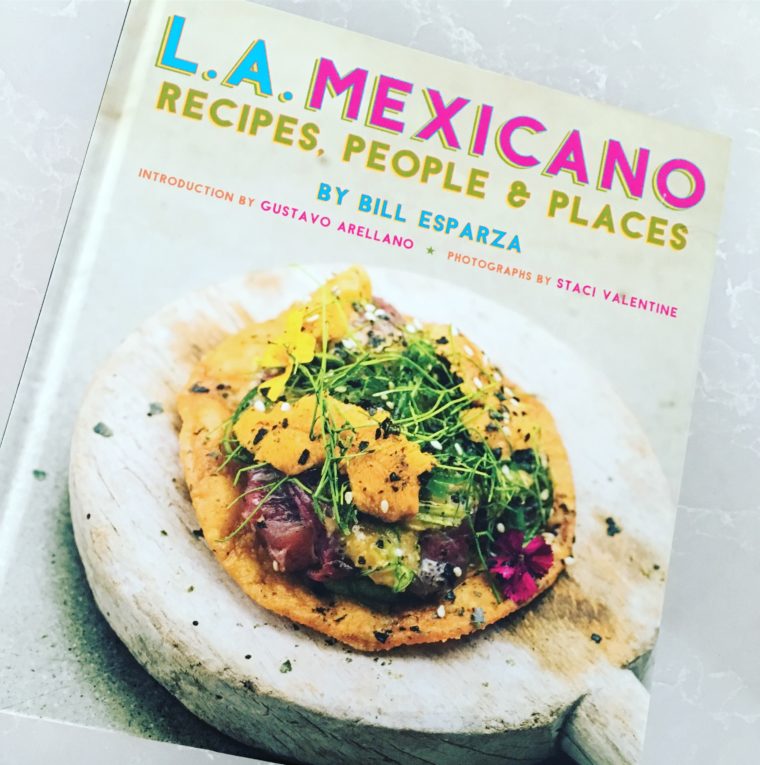 The book L.A. Mexicano* by food writer Bill Esparza is so many things; it’s a cookbook with recipes from  local chefs, a guide to Los Angeles Mexican restaurants by neighborhood, and a history of Mexican food in a city the author clearly loves.

“LA has a vibrant scene of people that make this food. It’s not just what’s on your plate, it’s who is there. People are bringing a piece of themselves (to their food),” Esparza said. He knows the food scene so well because he’s been writing about it for years on his popular blog, Street Gourmet LA, and in the LA Times and other publications.

The best part of the book is reading about the people behind the food. You’ll read inspiring stories of people like Ray Garcia, who grew up poor and went on to open Broken Spanish and B.S. Taqueria and be named the 2015 Esquire’s Chef of the year.  You may have had taquitos with avocado sauce from Cielito Lindo on Olvera Street, but you may not know that Aurora Guerrero opened it in 1934 and it’s now run by her granddaughter Susana McManus. The book includes a history of the street popular with tourists and also recipes for Cielito Lindo’s taquitos and avocado sauce.

Not only can you learn about people and get recipes to make the food, you can go to the restaurants and try the dishes. The restaurant guide in the back of L.A. Mexicano is perfect for anyone who loves Mexican food and wants to try more. It’s broken out by neighborhood and the type of cuisine including Pocho (which is “the food that many second- and third-generation Mexican Americans grew up eating, and the dishes that everyone in LA considered truly Mexican until we started knowing better in the 1990s.”), Regional, Alta (a blend of Mexican and California cuisine), Bebidas (drinks) and Ambulantes (food trucks and takeout).

After reading the book, I told my boys that it’s going to be our goal to go to every restaurant in the book. We started that very night at Sonorita’s Prime Tacos on Sawtelle in West LA. I grew up on Sonoran Mexican food and I was thrilled to find this gem in my neighborhood. My older son is 13 and hungry all the time, which means that sometimes he has more than one dinner. I knew Sonorita’s was good because he had a burrito, loved it and wasn’t hungry for more food.

I asked Bill for his recommendations of the best Los Angeles restaurants for families. I asked for sit down restaurants – so no food trucks – because when my boys were younger, asking them to stand in line always led to disaster. Here are his picks:

“Nice and causal, not too expensive and really great food,” he said.  From the book, “It’s only a matter of time until more food writers catch on to these trailblazers, who have been giving Los Angeles a superb culinary experience for many years.”

I tried to go there once on a Saturday and drove around for a half hour and couldn’t find parking. If you go, take the metro or a car service or be prepared to walk a bit. Bill said it’s a great place where you can “have real street tacos and your kids don’t have to sit on the street.”

From the book – “Here in the City of Angels, you may be able to get kombucha, green juice, and fancy doughnuts in just about every neighborhood, but it’s really all about the Mexican food – and the burritos at Burritos La Palma might be the greatest single expression of that. They’re simply unforgettable.”

Known for giant wet burritos. “It’s where your kid can eat a burrito the size of them,” he said.

From the book – “Handmade tortillas come with snips of chaya leaf in the masa, tacos are made with Oaxacan stews, and the rest of the tight menu showcases traditional moles, classic chiles rellenos with tomato sauce and chileajo, and a rapturous chile-based pork stew reminiscent of the ones served at the central market in Huahuapan de León.”

From the book – “One of L.A.’s most treasured institutions.”

“The neighborhood’s not fancy, but the restaurant’s really nice,” Bill said. From the book – One “of  the most important Mexican Seafood restaurants in the greater Los Angeles area.”

Disclosure: I was given a book for review purposes. All opinions are my own. This post first appeared on MomsLA. 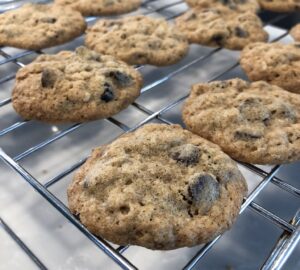 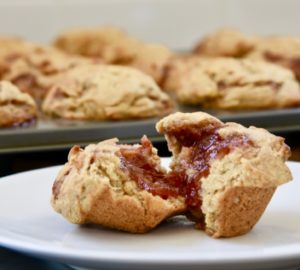