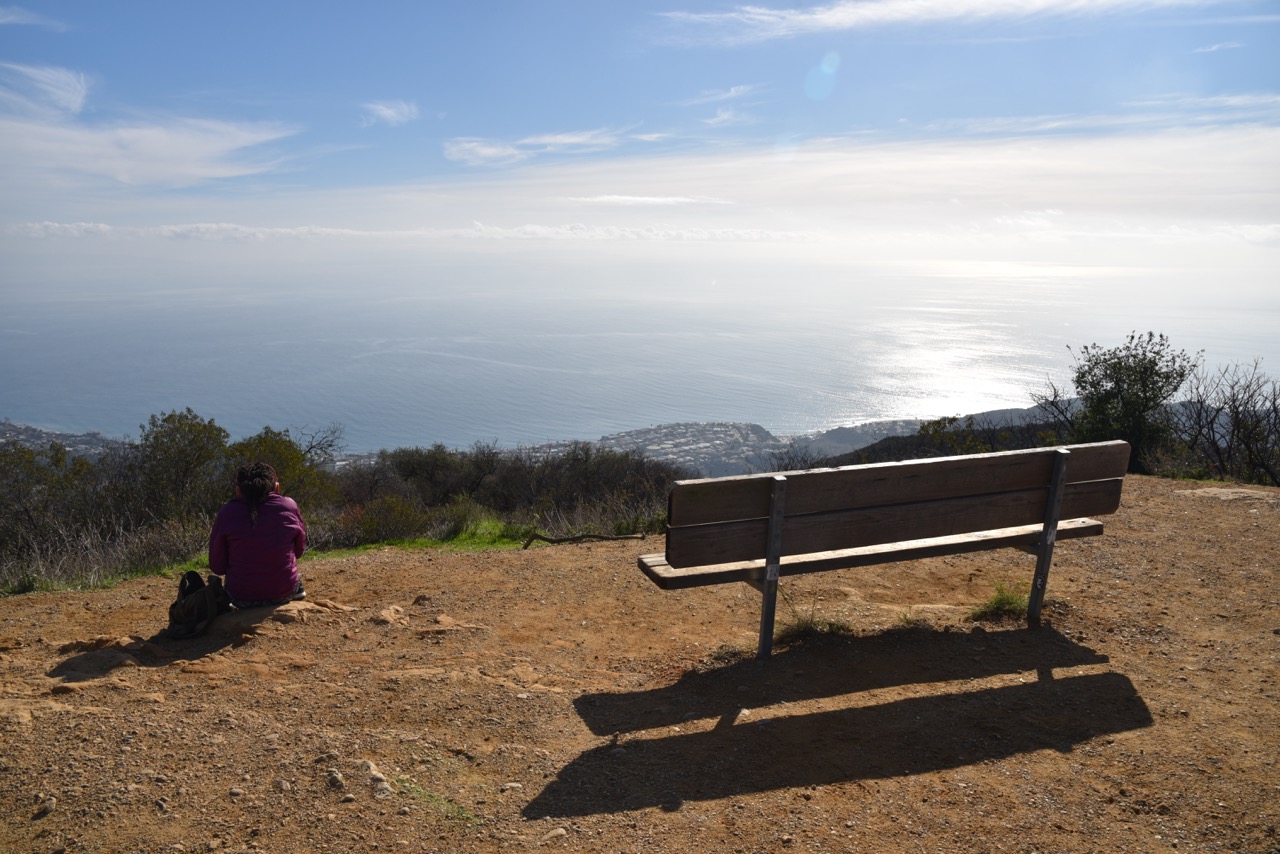 I should have known that when I suggested that this year’s New Year’s Day hike should be short and easy that it would be long and difficult. For as long as my boys could walk on a trail we’ve done a New Year’s Day hike somewhere in Los Angeles. This year we chose Los Liones Trail that begins in Pacific Palisades and we took it all the way to the Parker Mesa Overlook. (The trail is spelled Los Liones and the canyon is Los Leones – I couldn’t find any explanation for this)

It was a gorgeous day. Cold but clear and no wind. We were lucky to find a parking space right by the bathrooms and drinking fountains. 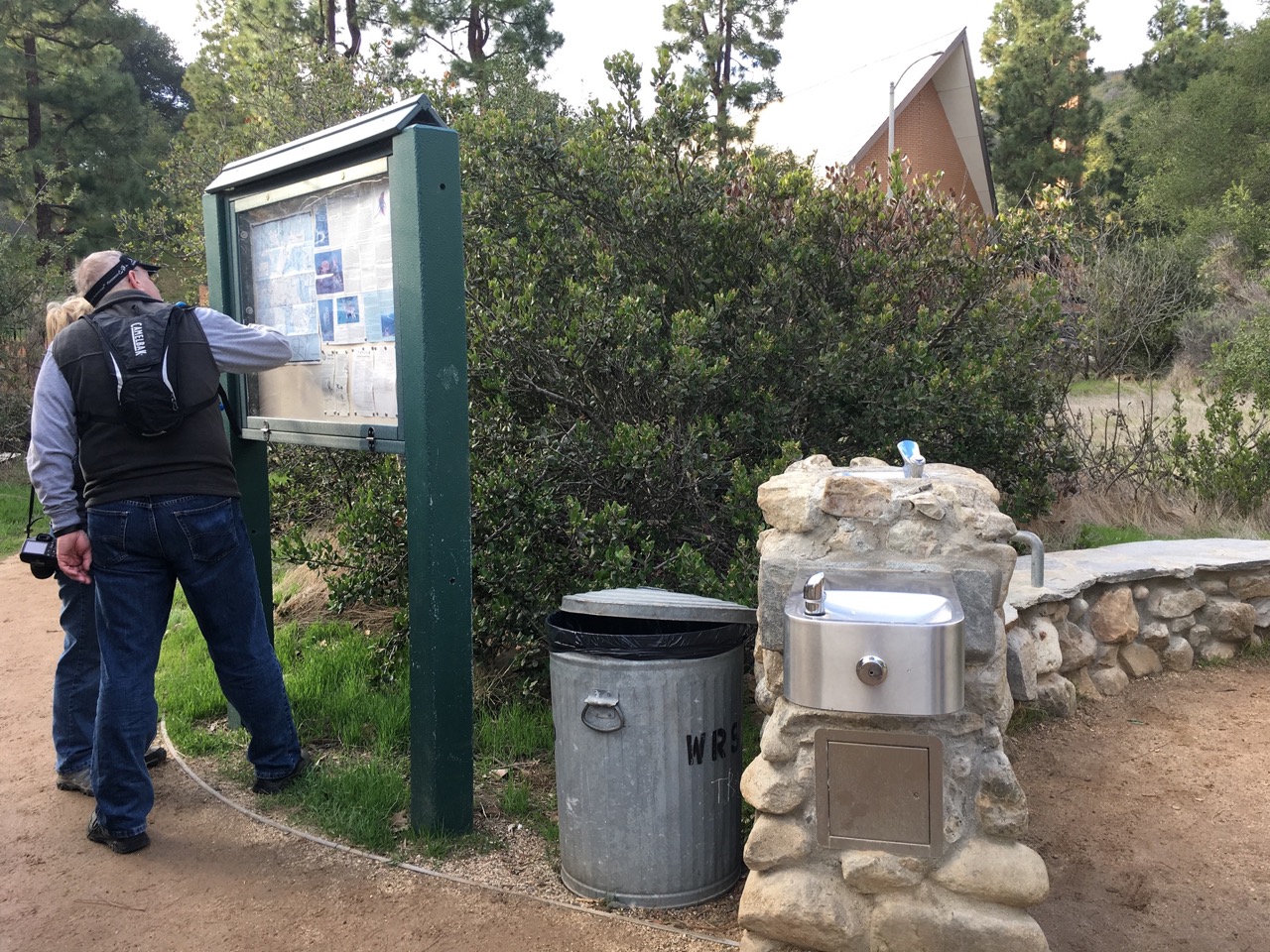 The trail was crowded at the beginning as we started the climb up. It was a beautiful, shady trail. We ran into a group of women – a daughter, mother and grandmother – doing the new year hike together. The mother was having a hard time. I told her to take it slow because it was going to get more strenuous. And boy did it.

After we got out of the shady area,  we reached the fire road where it was uphill and sunny.

It’s one of those hikes that looks like you’re almost to the top until you go around another bend. My husband kept saying that it was just another half mile. 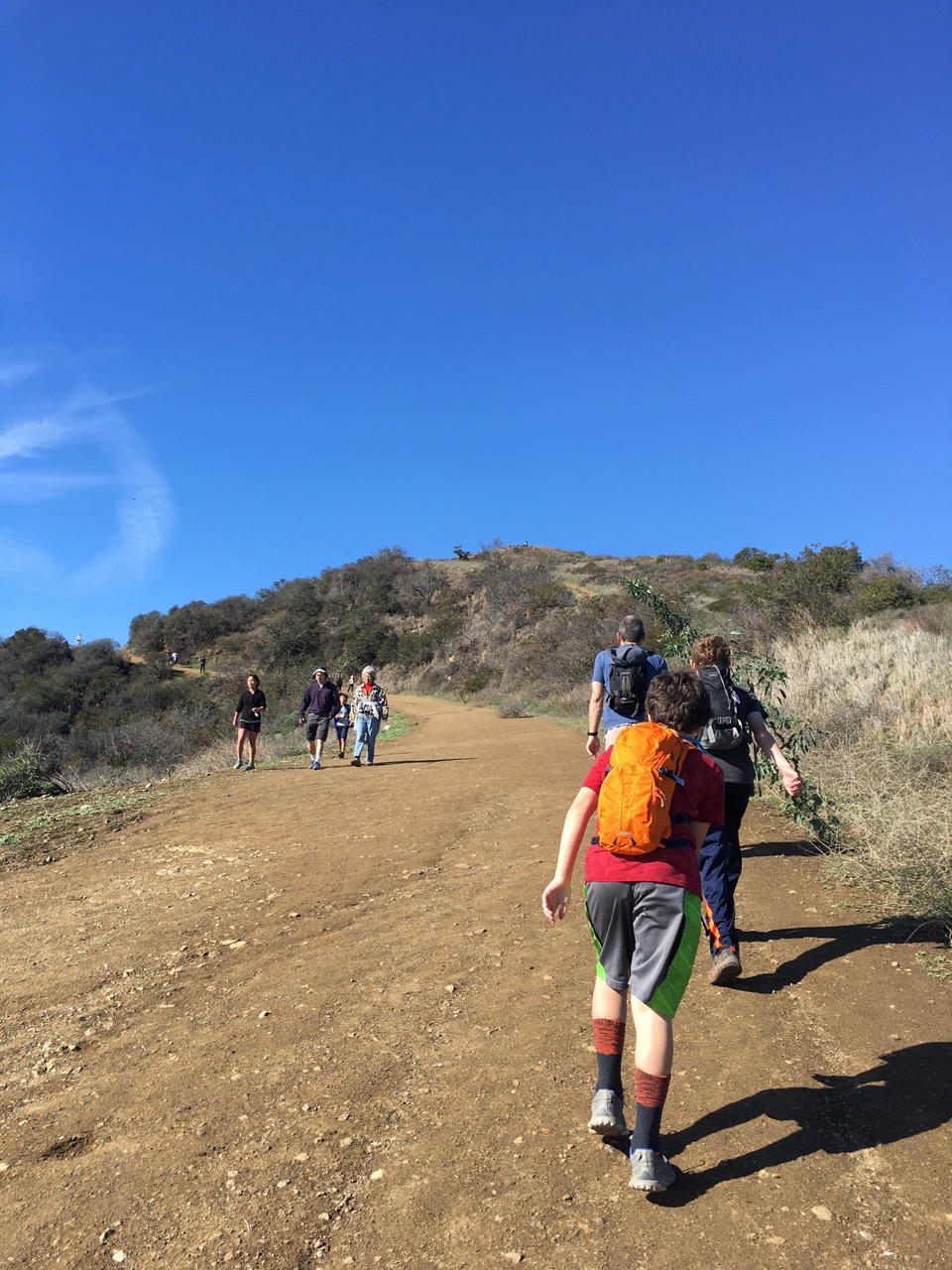 We were exhausted by the time we got to the Parker Mesa Overlook, but the view made it all worth it. 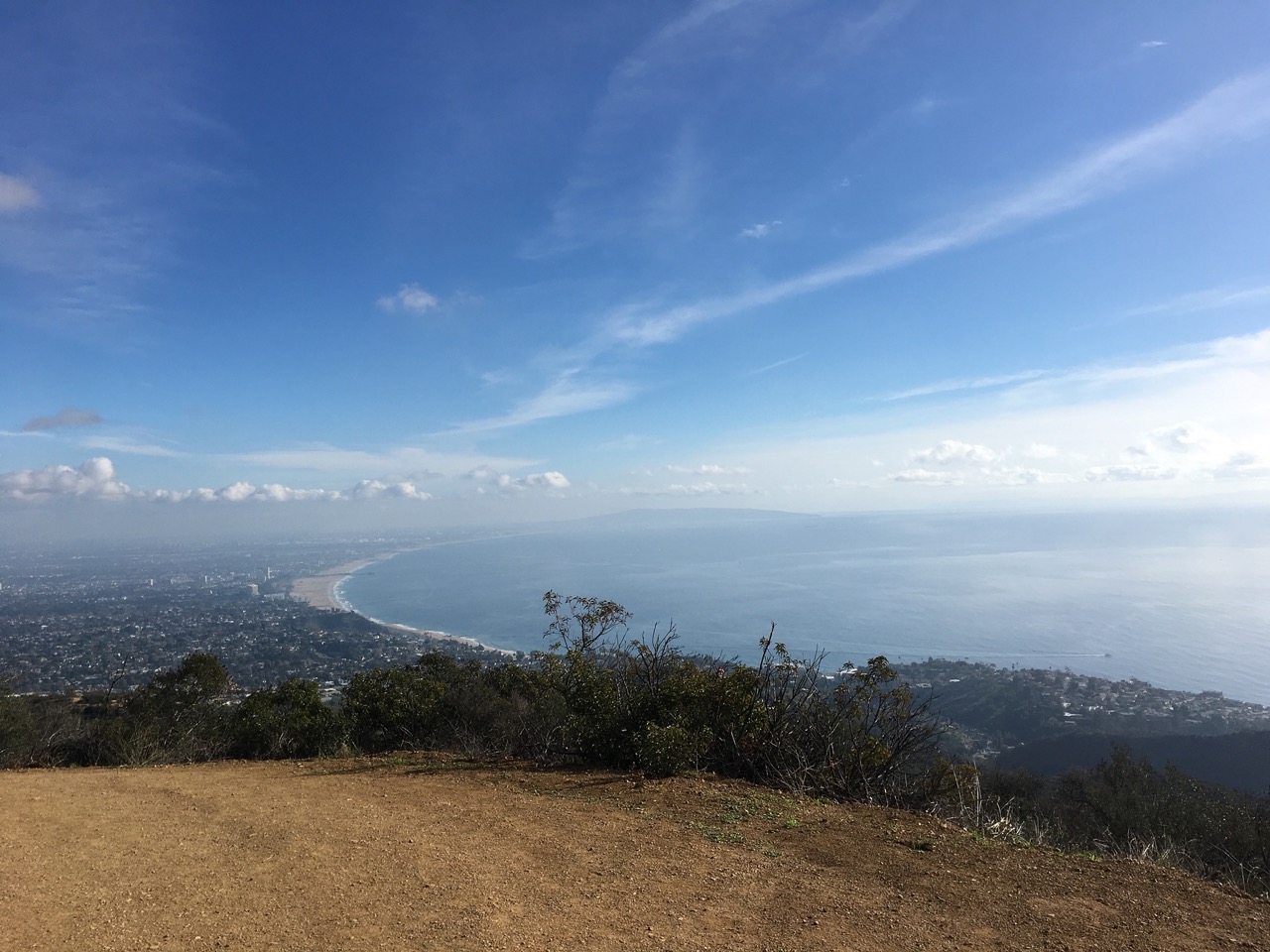 It was crowded at the top, but we ran into the woman who had started the hike with her mother and grandmother. I don’t know if they made it, but the woman was happy to climb a mountain on the first day of the new year. And so were we.

It was fun, fast walk down. 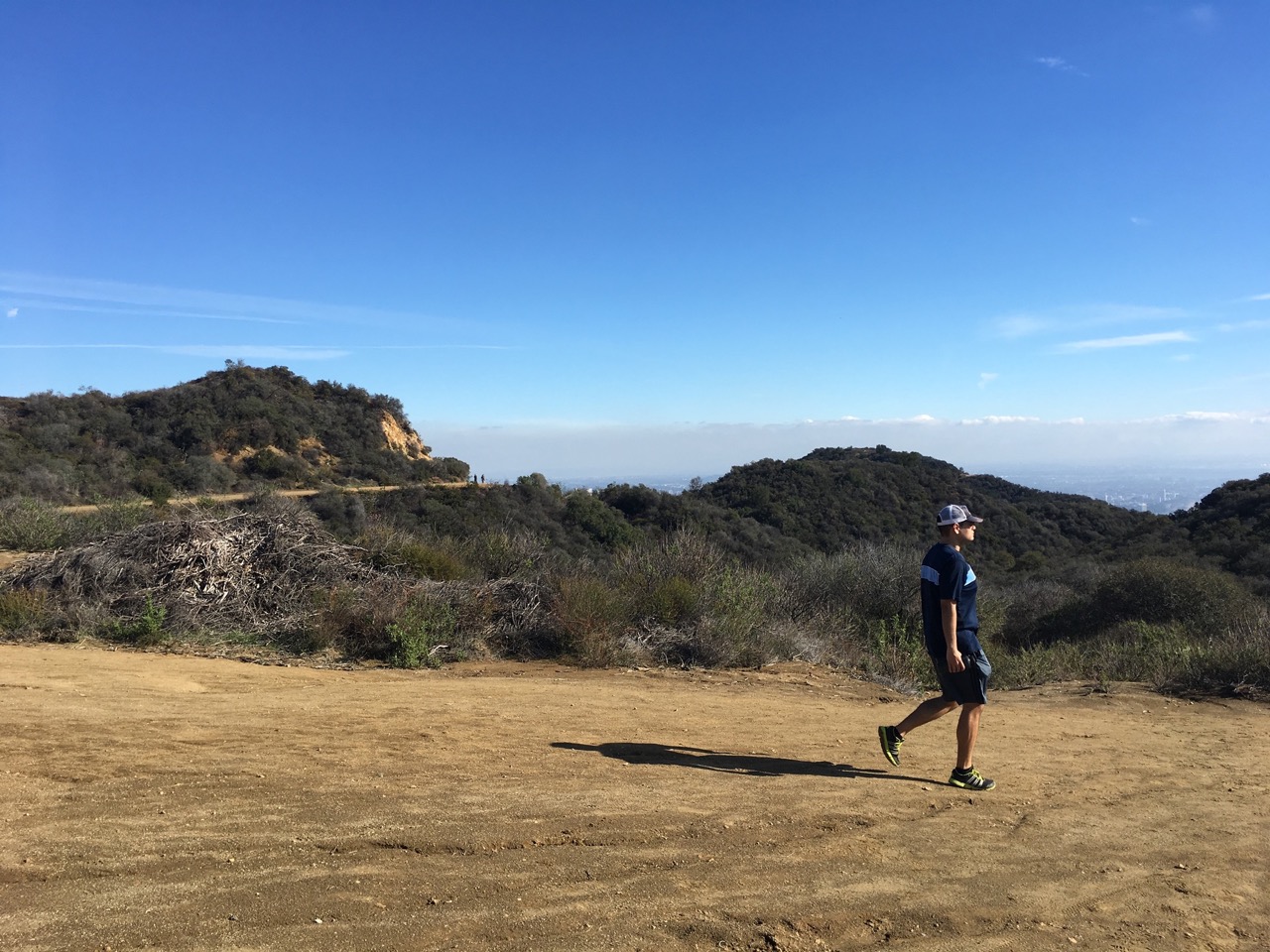 The hike ended up being one our favorite even though my younger son and I complained the first two miles. Once we got into a groove it was great.

Los Leones Canyon Trail to the Parker Mesa Overlook
Bathrooms: Yes, pit toilet bathrooms near the trailhead
Dogs allowed: Yes, on leash
Strenuous: Very, if you do the trail all the way to the overlook
Distance: About 7 miles round trip