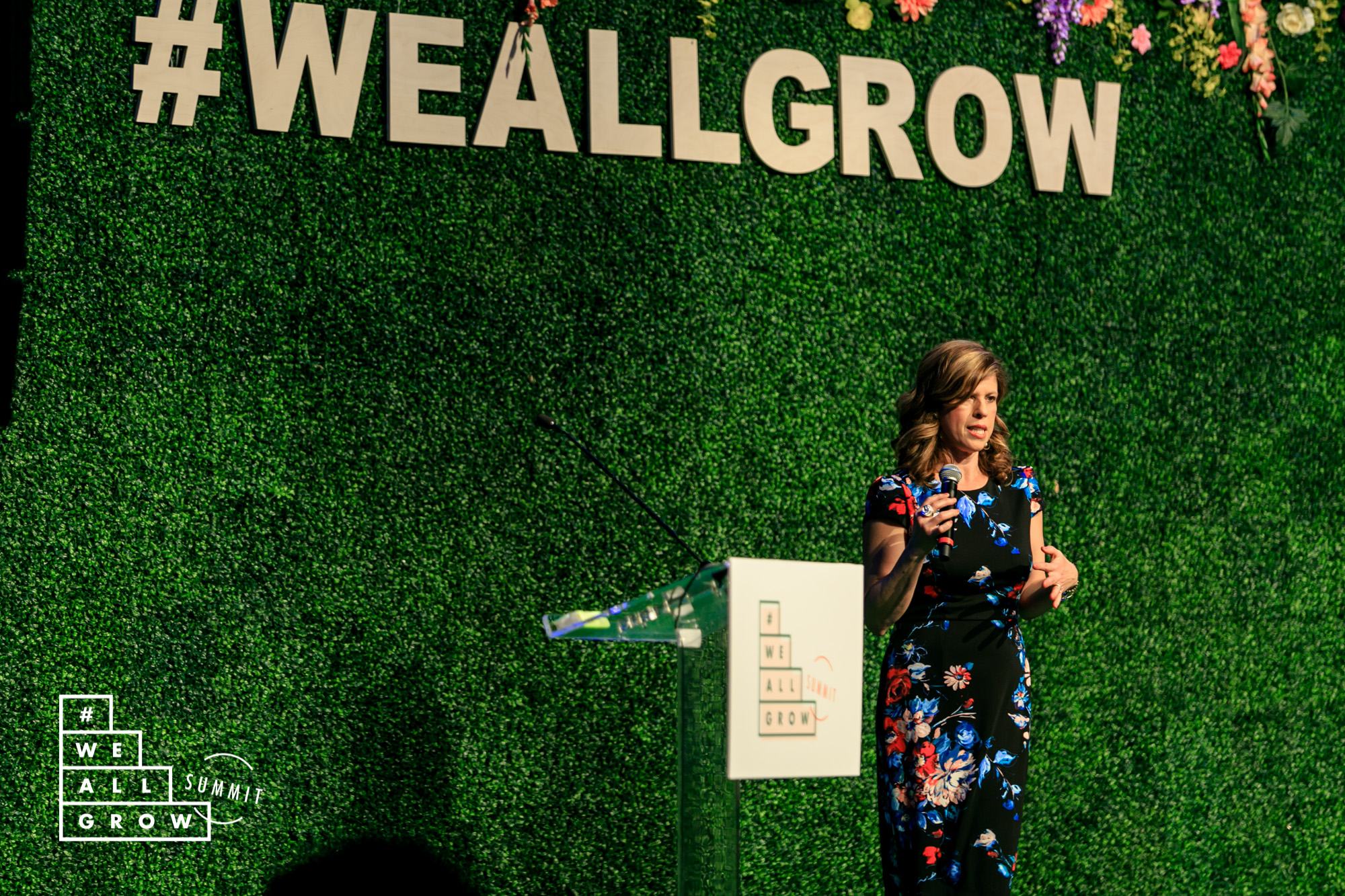 This is the full version of the story I told at the #WeAllGrow Summit 2016. To watch the video, visit MomsLA.com.

One day my son came home with a mask he’d made in art class at elementary school. It was for indigenous people’s day. He put it on and said, “Look at me. I’m a Mexican.”

I looked at my blonde haired, blue-eyed son and said, “Sweetie, you don’t have to wear a mask to be Mexican. You’re a Mexican all the time.”

And you may not know it by looking at me, but I too am Mexican. My name is Yvonne Condes de la Torre but I was raised Yvonne Condes. I’m Mexican American, but no one ever knows it unless I somehow slip it into the conversation. Because I’m not just a white Mexican, but I’m often the whitest person in a room full of white people.

My son coming home with the mask reminded me of a time when my mom told a story about the family that lived in the house behind us. She referred to them as the Black family. “You can’t talk about them that way,” I told her. “They have names just like the Jewish family and the Single Mom.”

“You don’t think everyone calls us the Mexicans?” She asked. Up until then I hadn’t thought about it. Even though there were plenty of Mexicans in town and plenty of Mexicans that came to our house, we were the only ones on our street.

I realized that other people saw us differently. And that we might not be like everybody else. I didn’t know it then, but that’s how it would be most of my life. I was something different. And anyone looking at me, might not know what that is.

One of the things I love about this community is that years ago when I started blogging, I found a badge that I could put on my site that said “Blogs by Latinas.” Finally there was an answer to the question that has plagued me all of the years: What are you?

And I’ve asked myself that question. What am I? Who am I? And more importantly right now, what are my kids and who will they become?

My parents had a hard time growing up, my mom didn’t speak English when she first came to the Southwest and the kids and teachers were terrible to her. By the time she and my dad moved from the border town where they grew up to Tucson, she, like many Latinos of her generation wanted us to assimilate.

And assimilate we did. To my great shame, I don’t speak Spanish. I don’t even speak very good Spanglish.

So when my older son said, “hey, look at me. I’m a Mexican.” It really struck me. What will that mean to him later on that he’s Mexican. Will it mean anything to him? That he’s a super white half Mexican whose mother doesn’t speak Spanish.

Since that day I’ve tried to infuse as much of my culture into their lives as possible. I take my boys to festivals, we listen to latin music, we watch documentaries, we’ve marched in protests, and I’ve enrolled them in Spanish classes.

I’m actually trying to make them the Latino kids that I wasn’t growing up and I’m not always successful. My younger son has always hated having to go to after-school Spanish class. Last year he would stop any mom he knew and try to convince them that I had scheduled a play date with their child so he could get out of it. He made me a little miserable about it. But even though he didn’t like it, some of what he’s learned did stick.

And I’m exposing them to the language and culture because as most mothers feel about their children, I want everything to be great for them. Because I don’t want them to feel like they’re missing something.

Like I do when I go to a Crossfit class and I see this group of Latinas that hang out together and talk to each other in Spanish. They’re so badass and I want to join in on their conversation and say Hey, Look at Me, I’m Mexican, too. But I realize that would be weird.

And I don’t want my kids to to ever feel like that, like they’re not Latino Enough. Because I have definitely felt that way and I know I’m not alone.

There are memes and youtube videos and blog posts and tweets dedicated to the feeling that some of us are not Latino enough. That because we were raised differently or we live differently that we’re not quite Latino.

But I don’t believe that at all.

As the years have gone by and my kids have gotten older and I’ve gotten older, I’ve come to realize that all of our experiences are unique and meaningful. My life might be vastly different than the badass ladies from Crossfit, but being super white with no ear for language doesn’t mean that I’m not really Latino.

I know that someday my kids will look back and talk about their crazy Latina mom, who yelled too much, who made them take classes they didn’t want to take and eat a lot of Mexican food. But I hope that whatever they say about me, the say it lovingly and I hope they say it in Spanish.