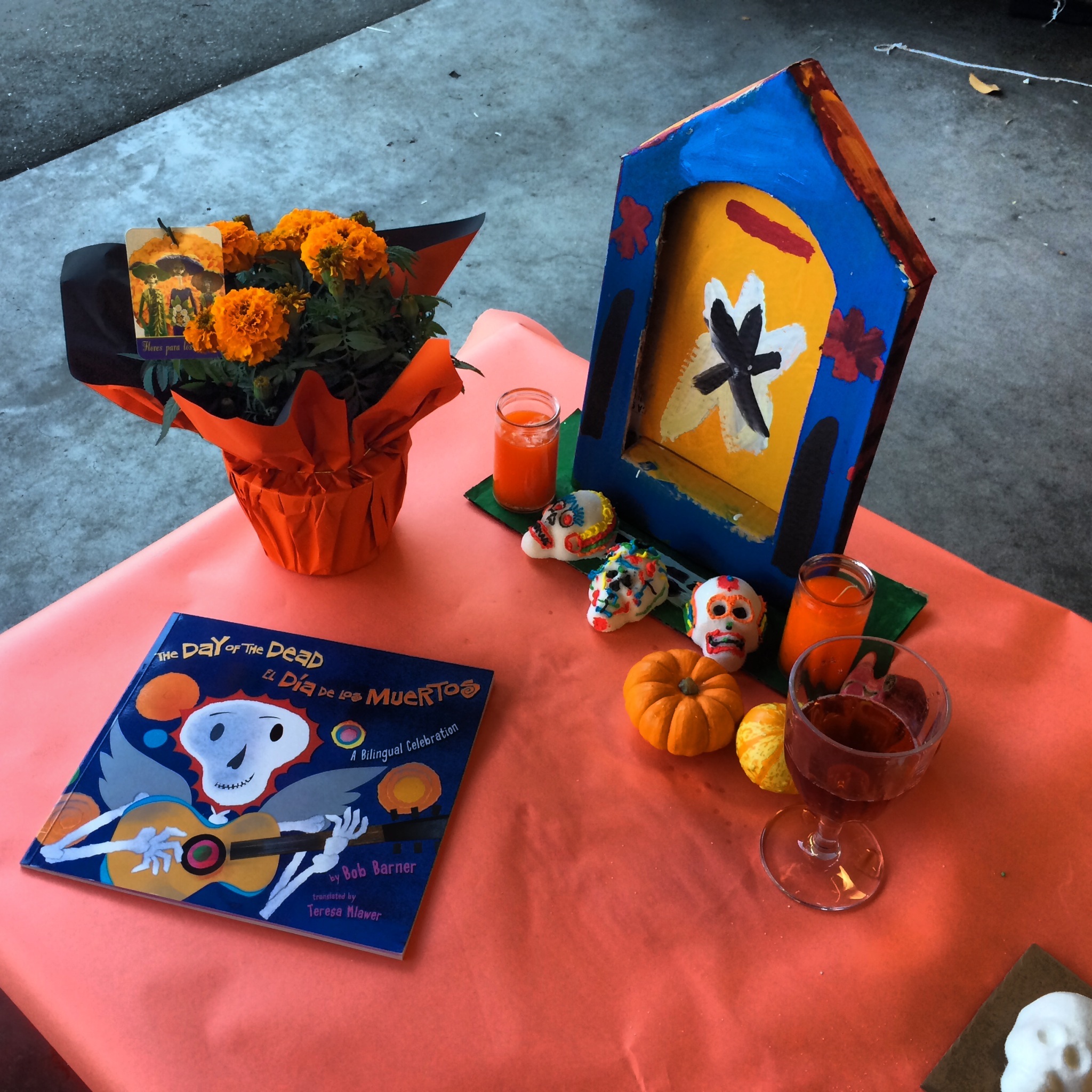 It’s been a long week her at Casa de Condes. I was so inspired by doing Crafty Chica’s project at the Abuelita and Nescafe’s Dia de los Muertos event that I decided to make my own sugar skulls. (Not familiar with Dia de los Muertos? Read more here) My son’s second grade class was having a Halloween party so I volunteered to make  skulls for the class and have the kids decorate them. Then I volunteered for my other son’s 4th grade class. That’s 58 skulls plus some for us to decorate plus some extra in case I dropped them (that only happened once)!

This was a bigger undertaking than I had anticipated. I ordered the skull mold from Mexicansugarskull.com weeks ahead and bought all of the ingredients including the book . Then of course I left making them, for the first time ever mind you, until the last minute.

I started with the recipe from Mexican Sugar Skulls, which was  10 pounds of sugar, a half cup of Meringue, and 7 tablespoons of water.

Then I mixed it by hand until it felt like sand. 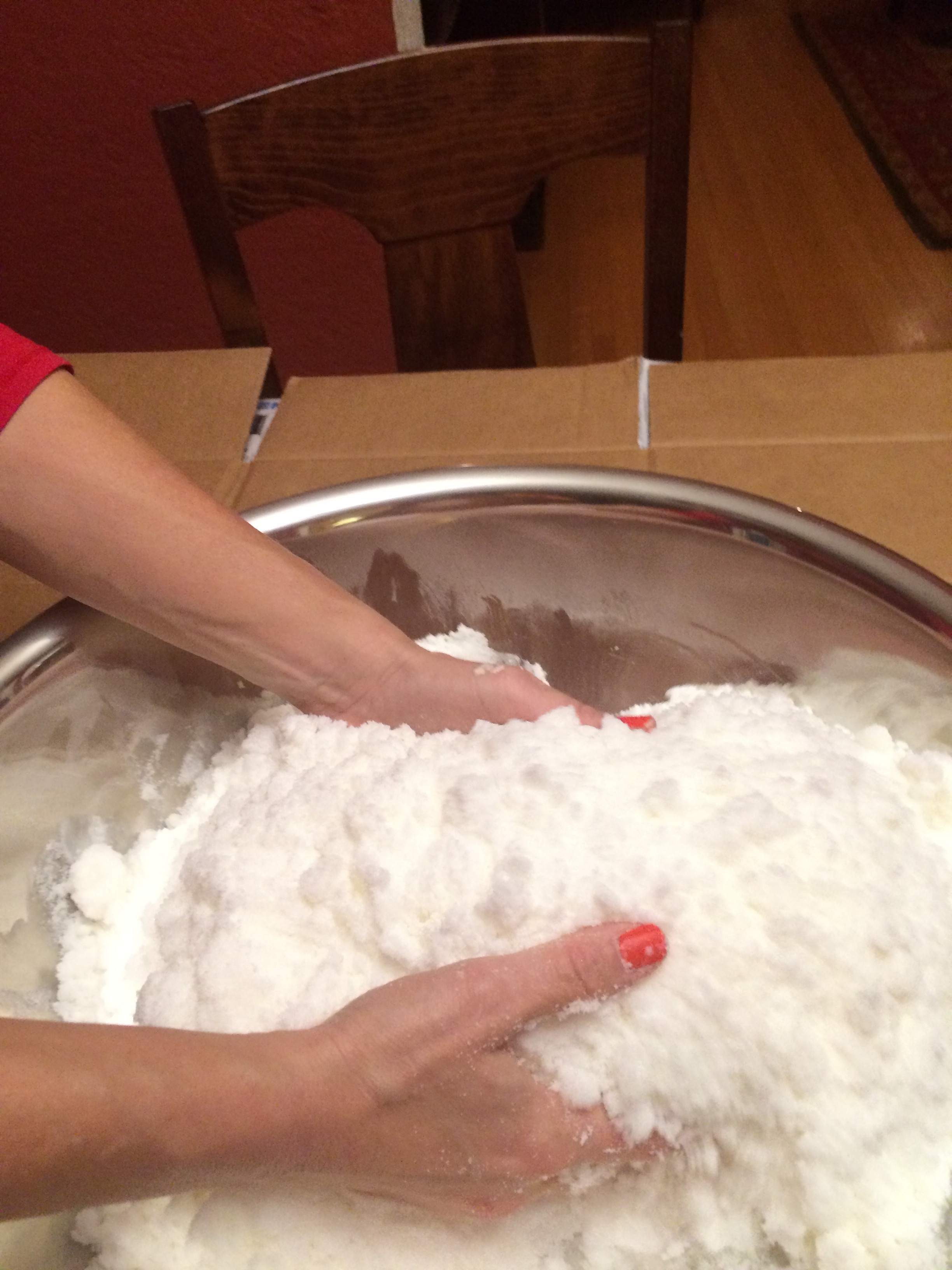 I packed them one by one (my boys helped, too, and did a great job!) into the mold and placed them on individual pieces of cardboard. 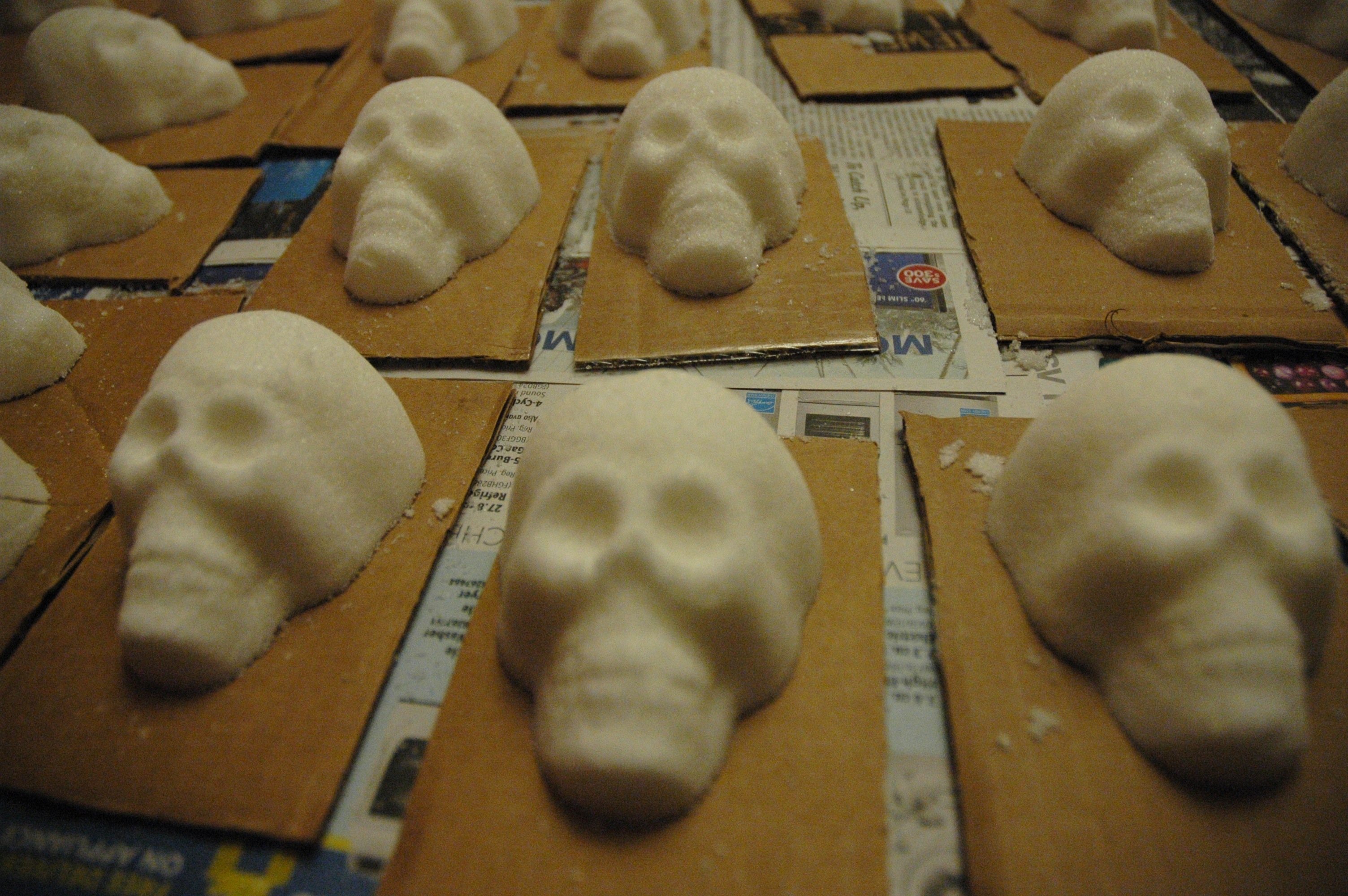 They needed 7 to 8 hours to dry, but I gave up our dining room table for a day and left them for 24 hours. I thought it would be fun for the boys to make their own altars, but I didn’t get around to ordering them or carving them from a block of wood so I asked my handy husband to make them out of cardboard. They came out perfect. 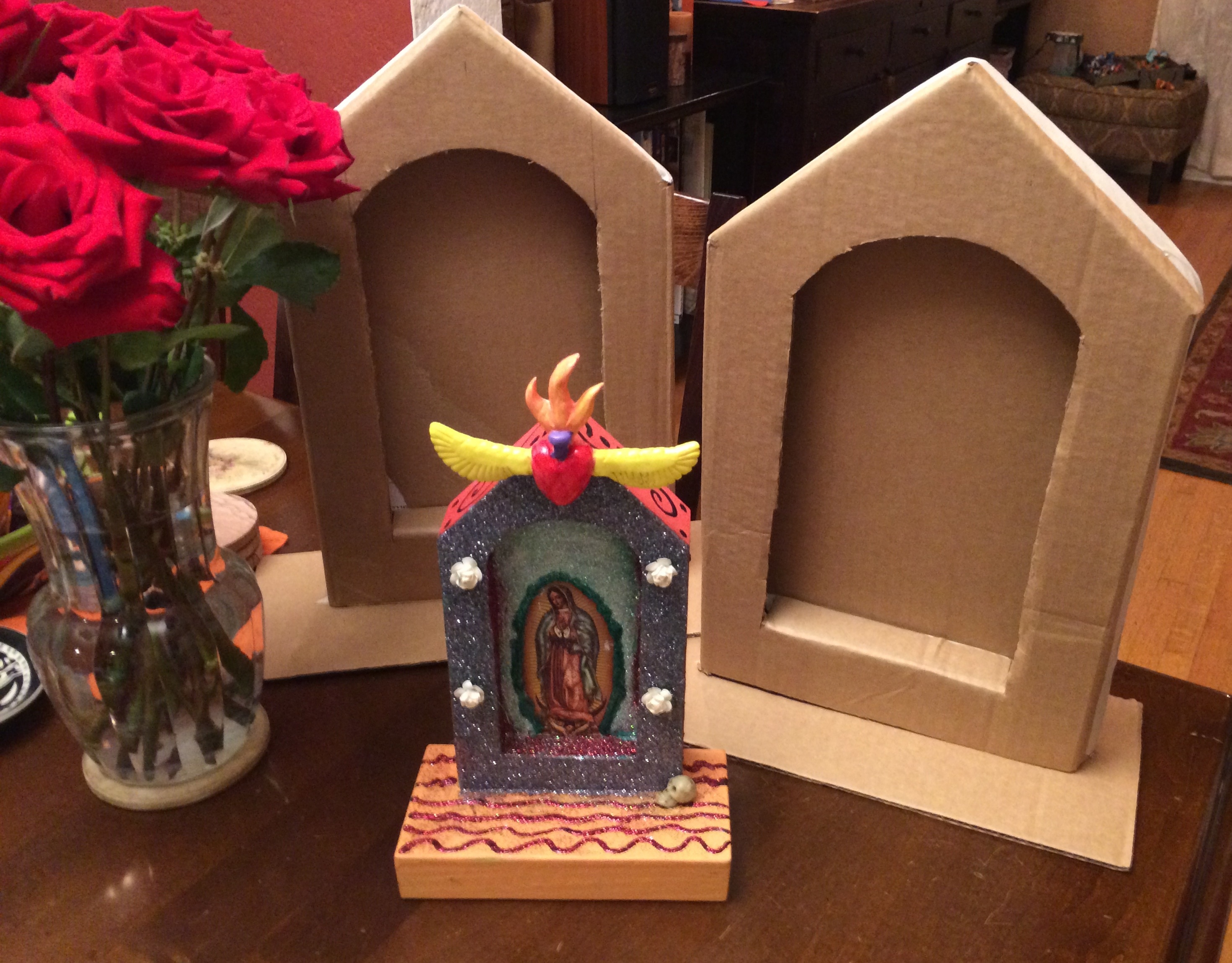 My boys had a fun time paining their altars. 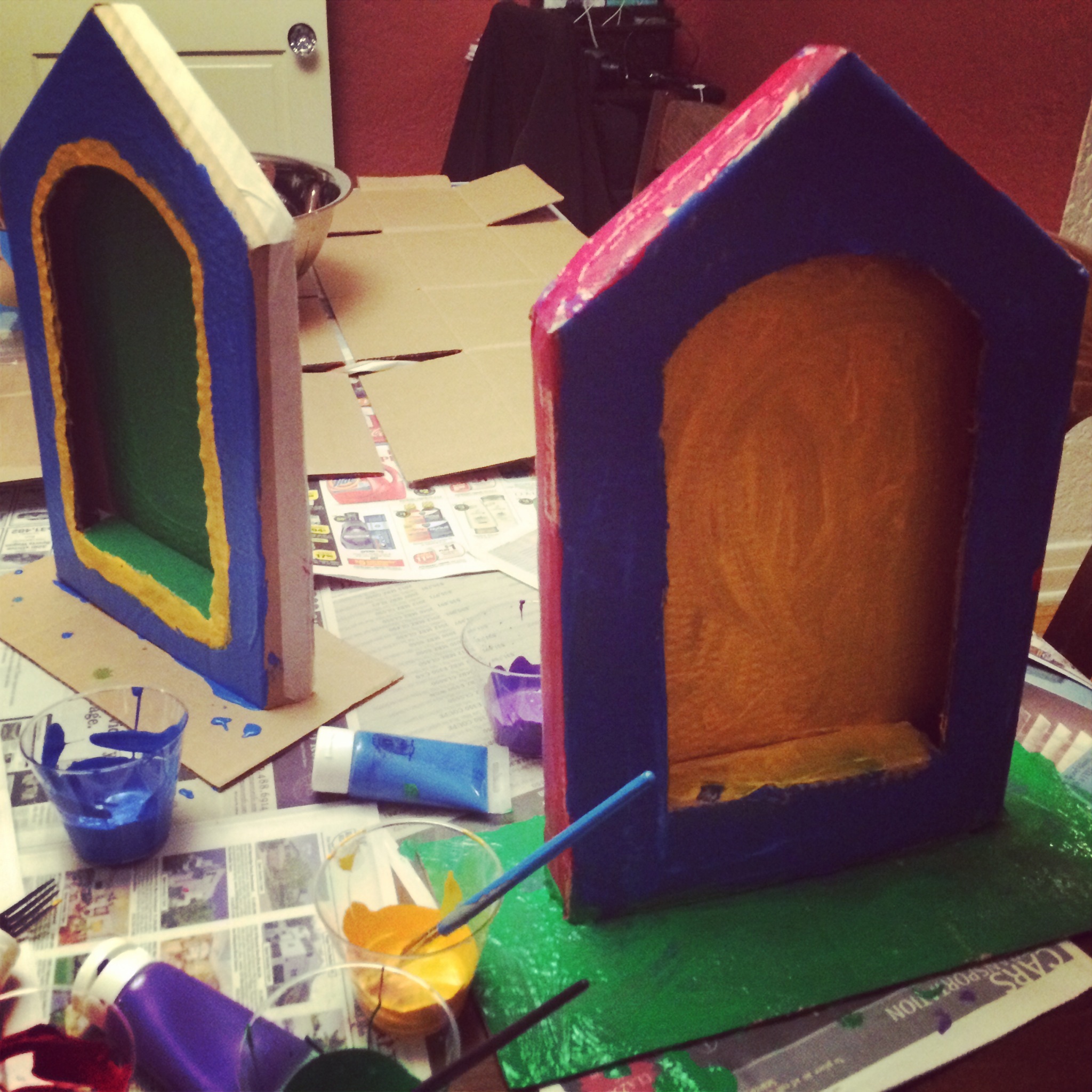 Altars for Dia de los Muertos include offerings, like Pan de Muertos, and also marigolds, which are the symbol of death. I looked everywhere (I was looking for paper flowers actually) and was thrilled when I eventually found these at Trader Joe’s of all places. 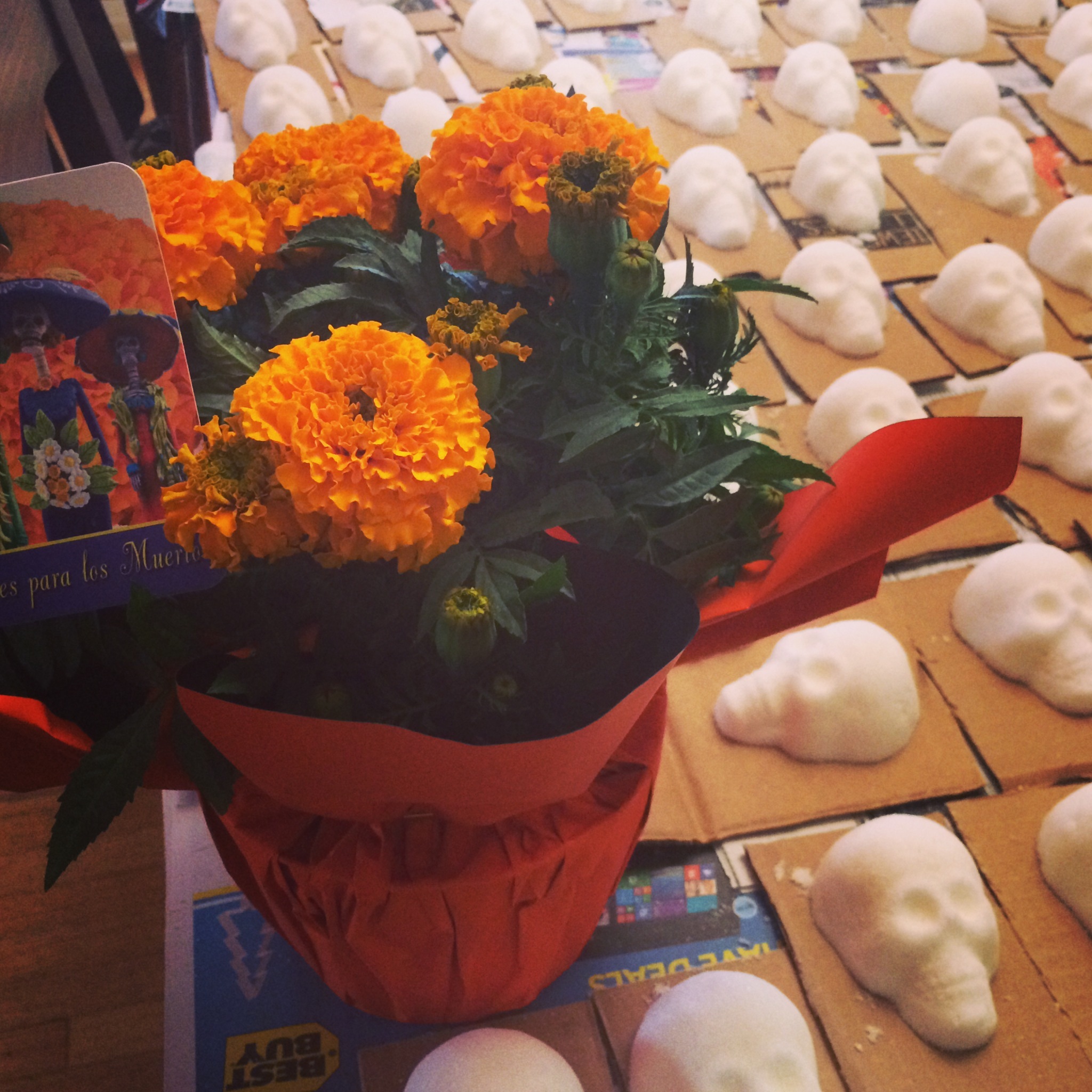 After getting everything ready for the altars for the class projects, I thought I was on to the easiest part, the icing. Not so! I made the icing out of powdered sugar, meringue powder, and water. The icing had to be beaten in a mixer for 9 minutes and then separated into 6 cups. I then and added different gel colorings to each cup. I mixed them by hand and put them in individual disposable decorating bags. It wasn’t enough for both classes so I did it again and made six more. 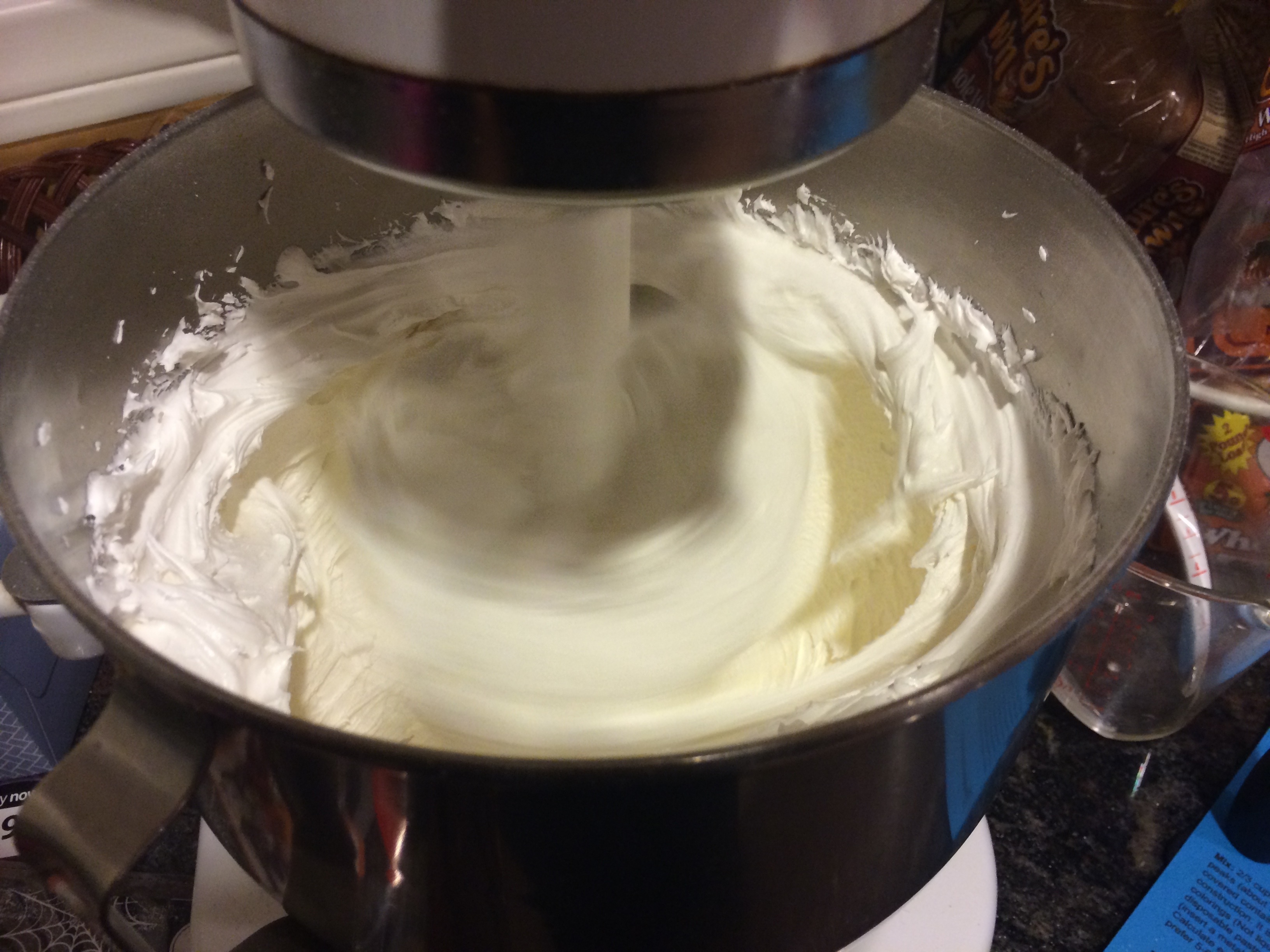 Once the icing was ready, the boys and I decorated our sugar skulls. Here’s mine. 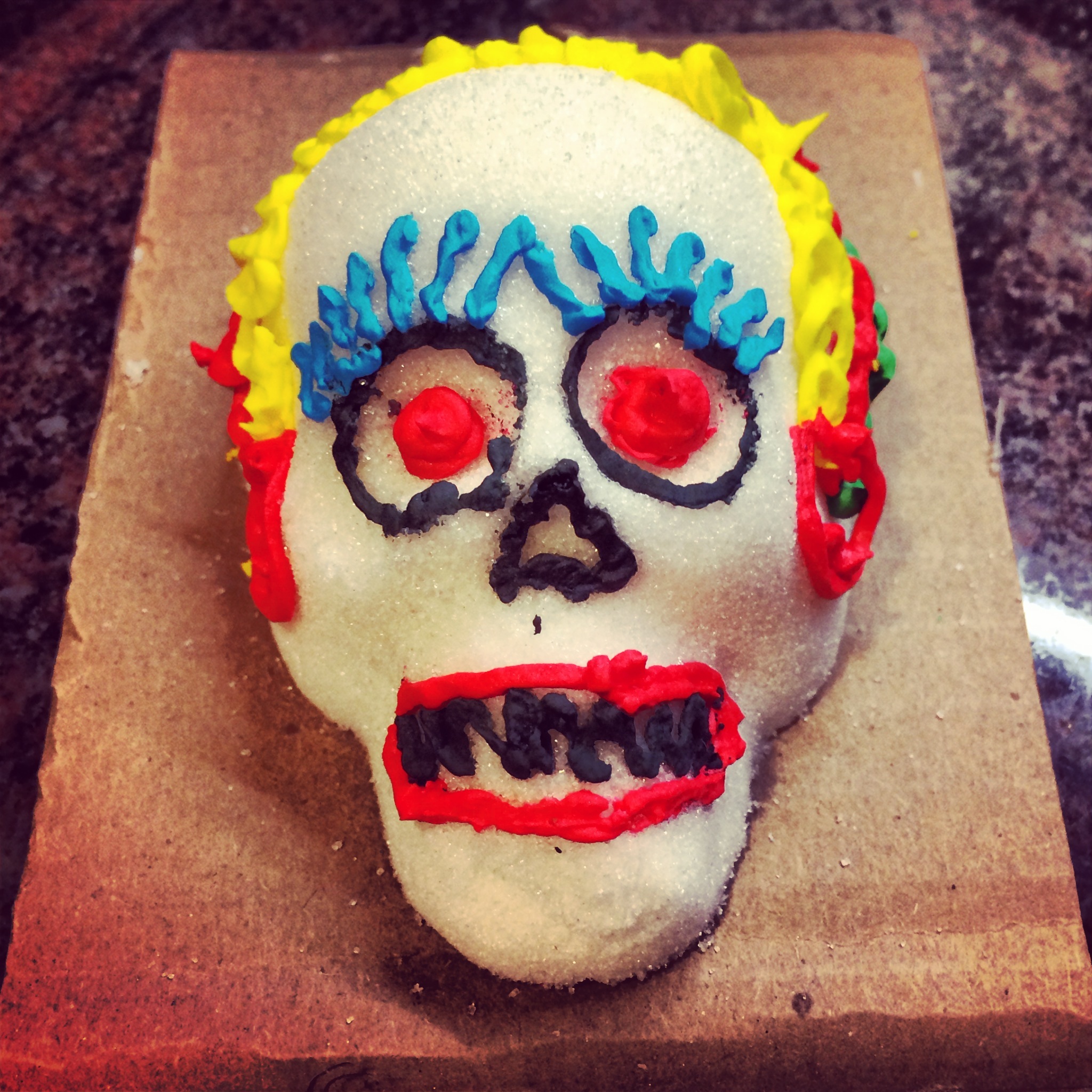 Halloween finally arrived and my 2nd grader and I set up the altar with our offerings and a story book about Dia de los Muertos.

It was a big hit with the kids who seemed to really enjoy decorating their skulls. It was a lot of work, but worth it. It was fun spending the time with my boys getting everything ready plus they learned a lot about our culture. Next time, though, I think I’ll stick to making a dozen skulls, tops.