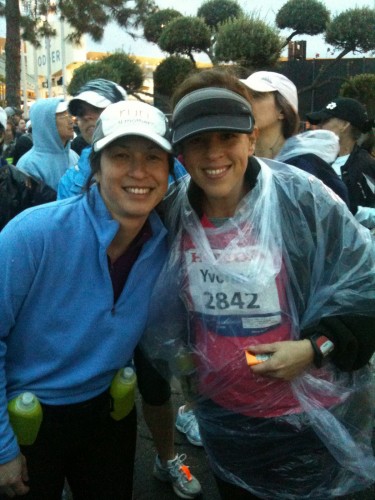 Sunday morning looked like it might turn out okay. My friend and I got to the LA Marathon starting line more than an hour before the race was supposed to start. And the rain clouds weren’t looking ominous, just mildly annoying.

We started the race with our pace group and I felt pretty good. No pain in my bum leg. I felt strong.

And then we got to mile 3. I had been seeing a sports physical therapist for 2 weeks before the marathon because I hurt my calf during a 20-mile training run. She wasn’t sure I would be able to complete the marathon. After mile 3, neither was I.

I had already taken 2 Motrin and lined my calf with Salonpas pain patches. Nothing. All that and it wasn’t working. “Well, what can I do?” I asked myself over and over again. What choice did I have? I had been training with the LA Roadrunners for 6 months. I had an online fundraiser for the charity Help A Mother Out. What would I tell my kids if I quit?

And so I kept running. My friend, who I had talked into doing the marathon with me, was also injured and seeing a physical therapist. We were right behind our training group for quite some time. We could see the orange balloons our pace leader was carrying bobbing in front of us until about mile 12.

That’s when we had to stop and go to the bathroom. And this is where it went from bad to worse for me. It felt so good to stop. The pain in my leg went away immediately when I stopped running. But I had to start running again.

It took a good 2 miles to get back into a groove. My leg hurt so much, but eventually the pouring rain took my mind off of the pain. I knew there was 100 percent chance of showers, but didn’t know there was a chance of HURRICANE! 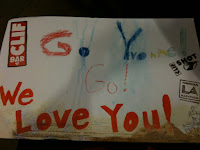 I have never been so wet or miserable. The hardest and the best parts were running through my neighborhood. It was the best because my husband and kids were waiting for me to run by. They were huddled together under an umbrella and when I saw them my heart lifted. I ran to them and stood under the umbrella for a minute or so.

That was just enough time for me to lose track of my friend. Some very good friends of ours had come out in the rain to cheer us on. One told me that my friend had just passed by. I sprinted to catch up to her. I never did.

It’s hard enough running a marathon injured in the cold, pouring rain. It’s much, much worse running it all by oneself. It’s not like we were talking much during the run, but my friend kept me from walking.

And walk I did. I walked up the next 2 hills and at the water stops. I also stopped to get my legs sprayed with numbing spray. It might have worked if it hadn’t been so windy. I think the guy spraying it got more up his nose than I did on my legs.

That was my new goal. 5 hours. At mile 22 I started having pain in my right calf even more excruciating than in my left. At one point I stopped running and doubled over on the curb.

I ran as fast as I could the last 3 miles. And when I say ran, I mean shuffle. I kept saying to myself, “Shuffle faster, shuffle faster.”

I played the song “Everybody let’s move” by Michael Franti and Spearhead. The chorus is “And you don’t stop. And you don’t quit.” I played it over and over.

I was almost there. The most amazing and kind people were waiting along the route and every time someone said “You can do it, Yvonne,” I had to choke back tears.

Finally, I crossed the finish line. 5 hours and 11 minutes. Not the time I wanted, but the best I could possibly do.

After a painful walk, I found my son and husband. My 5-year-old was such a trooper. He was cold and wet and not complaining. We had to keep walking to get the bag I checked at the beginning of the race. It had dry clothes and water. Suddenly, the wind whipped up and the rain came at us in sheets. A big group of us huddled under an awning.

At that point I was shivering and needed to eat something, but was too cold to care.

“I want it to be over,” I thought. Finally, an hour after I finished, we were in the car.

I’m so glad I went through the training. I’m thrilled that I raised $1,050 for Help A Mother Out. And, although I’m disappointed that I didn’t do better, I’m glad I improved my marathon time.

Mostly, I’m just glad that I didn’t stop. And I didn’t quit. 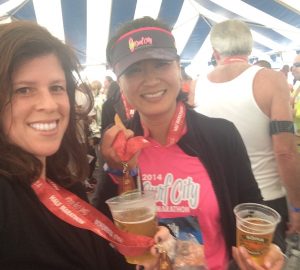 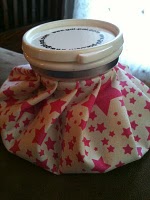 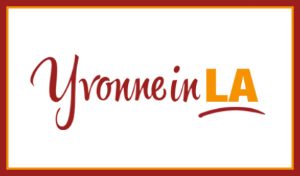