My husband and I just got back from a fantastic couple of days in New York. My inlaws took care of the kids at home while we saw two Broadway shows and met up with friends.

If you’re ever in New York you must try S’mac , Sarita’s Macaroni and Cheese in the East Village http://www.smacnyc.com/home.html. It was life changing in a way that only bubbling cheese served in a skillet can be. S’Mac has a dozen different combinations including four cheese with Cheddar, Muenster, Gruyere, and Pecarino and Mediterranean with Goat Cheese, spinach, olives and roasted garlic. Or you can make your own with mix-ins like broccoli, fresh rosemary or bacon because what’s the only thing better than bubbling cheese? bacon.

But the very best thing about S’Mac is that you can get your pasta Gluten-Free. For the first time in 8-years my husband was able to go into a restaurant and have what he wanted and it was just like everything else on the menu and just as good.

We also hit another restaurant that is almost entirely Gluten-Free, Risoteria Restaurant on Bleeker Street. The Risotto was creamy and flavorful and delicious The breadsticks were good (a little salty) and the Gluten-Free pizza was the best my husband had ever had. And it wasn’t just the entrees and dessert that were Gluten-Free, they had a couple different Gluten-Free beers on the menu.

Gluten-Free beer is quite a treat to find in a restaurant in Los Angeles. Usually they just carry hard cider, which is not satisfying if you’re craving a beer. Rush Street in Culver City has a Gluten-Free beer, Greens Dubel, that is dark and complex. It’s 500 ml and $15, but worth it. 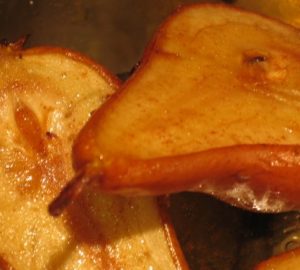